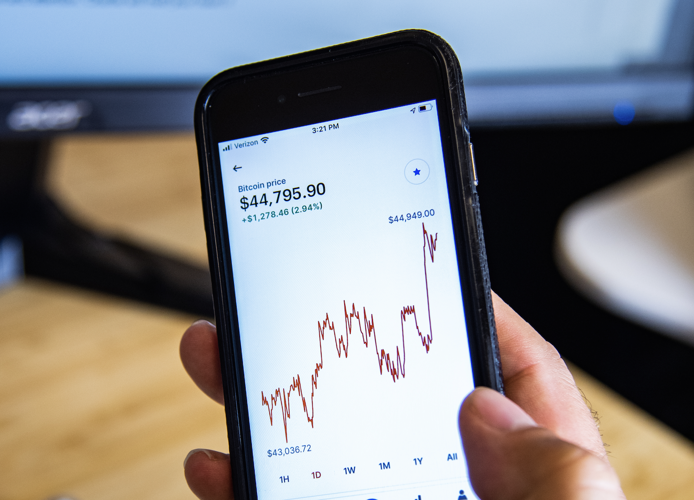 Crypto currency is commonly traded on smart phone apps such as Coinbase, Robinhood, eToro and CashApp. 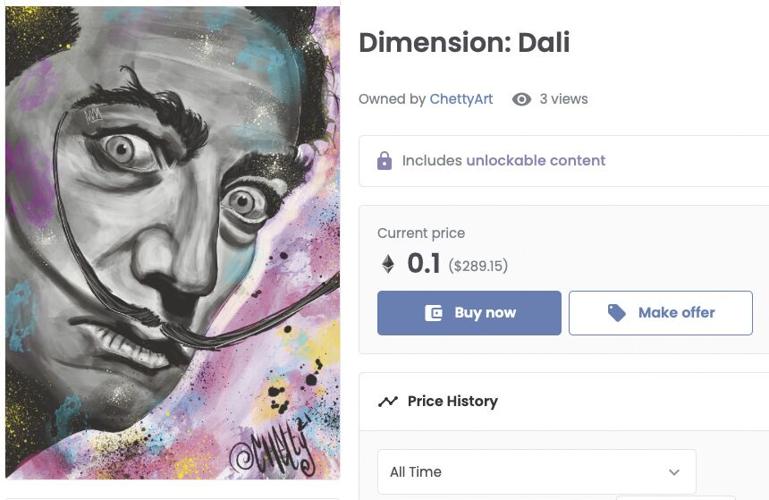 Mike Persichetti trades and lists his NFT digital art on opensea.io under the name chettyart. OpenSea is the world's first and largest NFT marketplace.

Mike Persichetti, the sales manager at Cocoa’s Paradise Ford, would like to leave the car business one day and focus on his favorite activity, painting in oils and acrylics.

And while many artists would like to ditch the day job, Persichetti — or Chetty as his fans know him — said he has a chance to fulfill this dream by trading in cryptocurrency.

The 33-year-old Melbourne native has only been trading over the Internet in cryptocurrency for a few years, but he said the returns have been amazing.

“I’m the type of person who dives into something real hard,” he said. “So already, I feel like I have several years of knowledge. And I’m still young, so I’m keeping up with the times.”

Experts define cryptocurrency as a new form of currency that exists solely in digital form on the Internet. It’s decentralized, meaning there’s no bank or other middlemen to store it. Instead, every computer on the network confirms an investor’s transactions in BitCoins, DOGEcoins, Etherium or other cryptocurrency tokens.

And it’s the future for buying online, dealers claim. Credit cards and wire transfers are deemed outdated. Banks and brokers currently take cuts of the action with existing currency. But they don’t exist with cryptocurrency.

In fact, Persichetti has gone beyond just buying and selling BitCoins to trading in NFTs, or non-fungible tokens. Standard cryptocurrency is fungible, or replaceable among various dealers on the network. But NFTs are bought with Etherium tokens and are specific to what they buy in turn.

For Persichetti, his NFTs mean art. Art lovers can buy his paintings online using NFTs, rather than cash.

Persichetti isn’t surprised by such remarks. He chalks it up to cryptocurrency being new, too new for many to have grasped it yet without studying it on Twitter and YouTube.

Cryptocurrency attracts dealers, experts say, because the government isn’t part of the transactions and doesn’t add taxes or fees as with conventional investing.

But that might change, Hacker said. With thousands of dollars being made, officials in Washington are trying to figure out how to get a piece of the action.