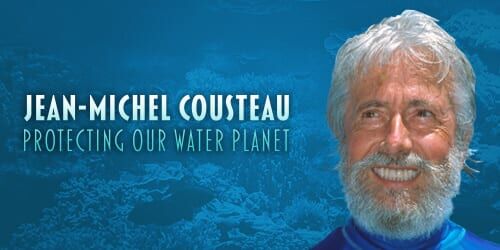 This event has passed

Like his father Jacques before him, Jean-Michel has dedicated his life to educating the world about our wonderful “water planet” and encouraging action for its protection.

He has produced more than 80 films, which have earned him Emmy, Peabody and CableACE awards. His 2006 documentary Voyage to Kure is credited with inspiring President George W. Bush to establish the Papahānaumokuākea Marine National Monument in Hawaii.