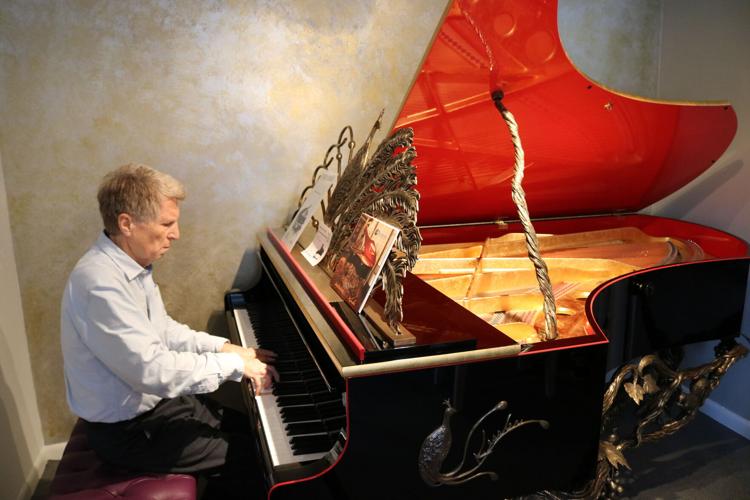 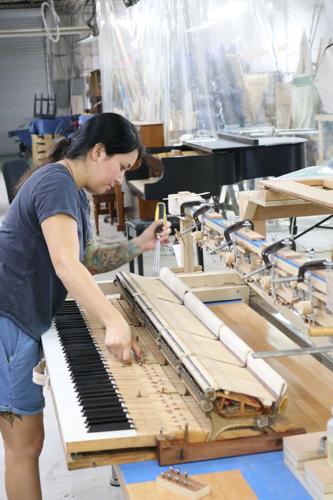 Sayaka Shinsei is one of several technicians who keeps customers' pianos in perfect working order. 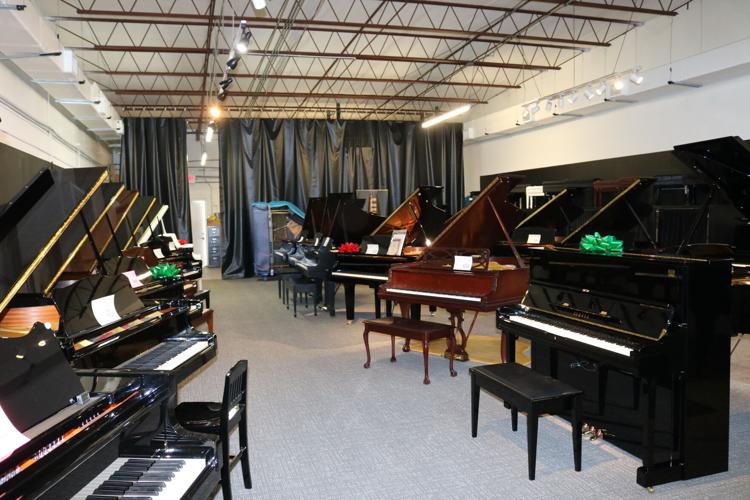 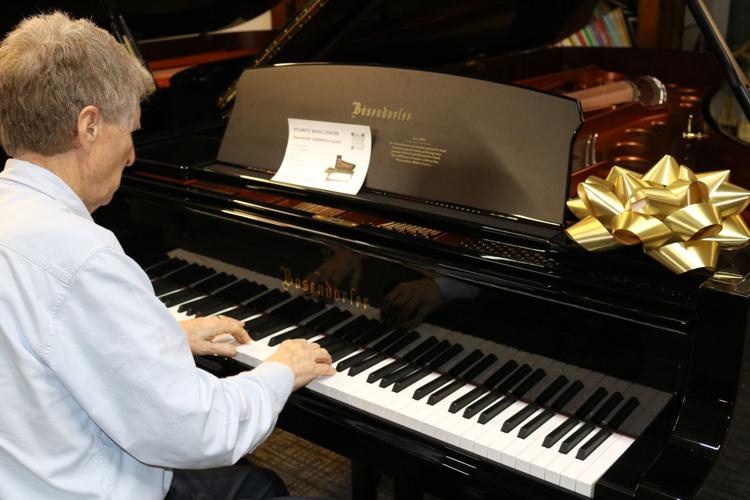 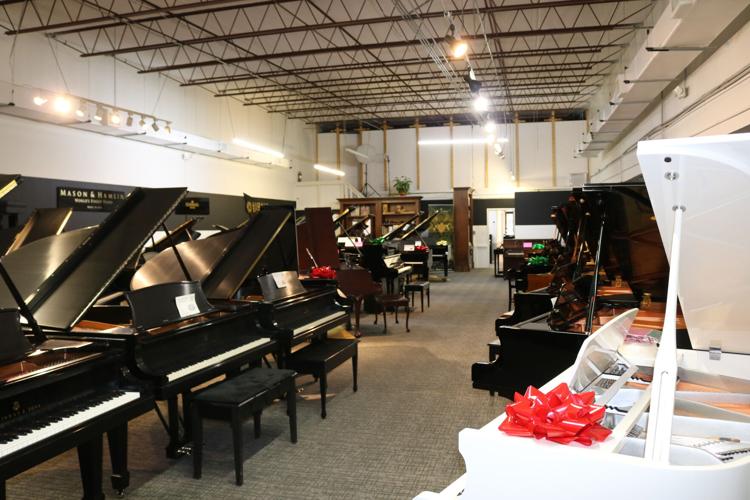 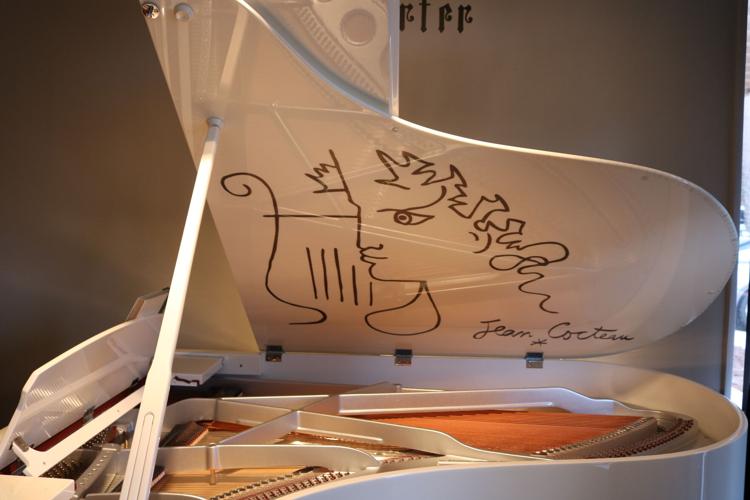 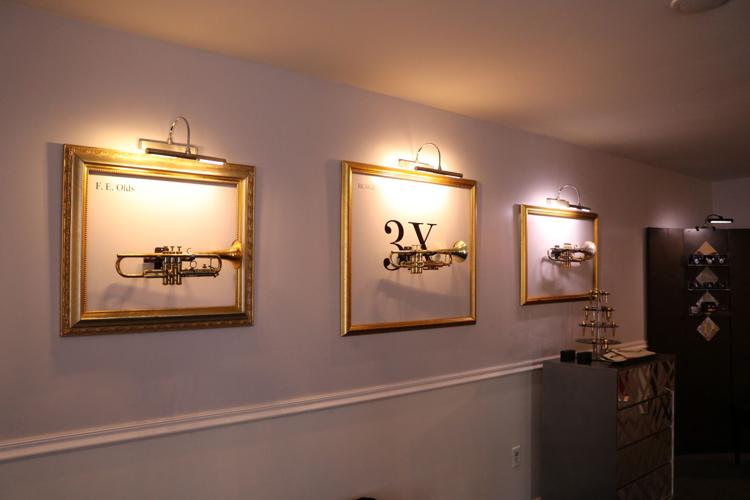 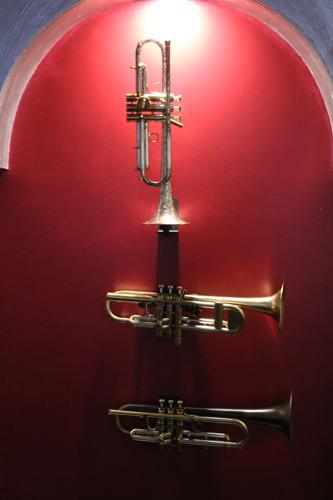 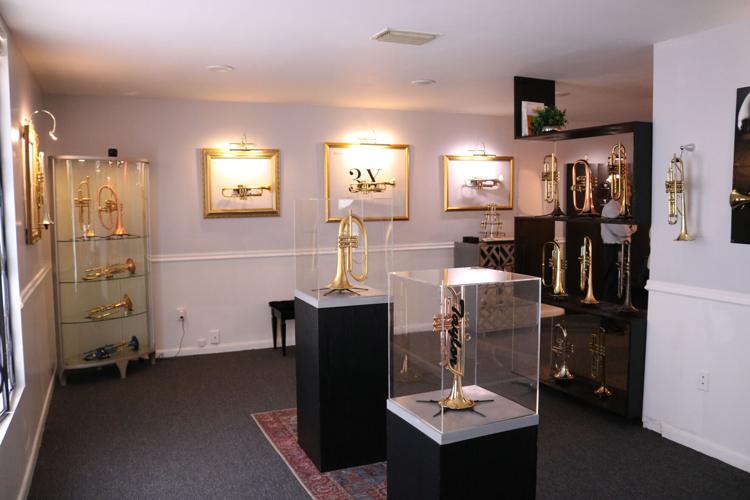 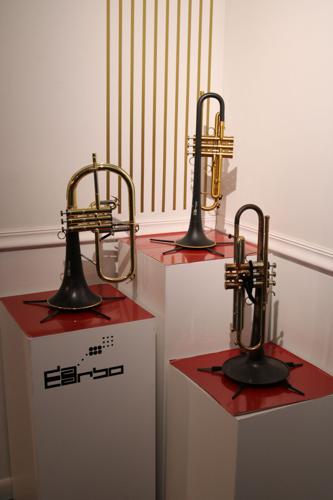 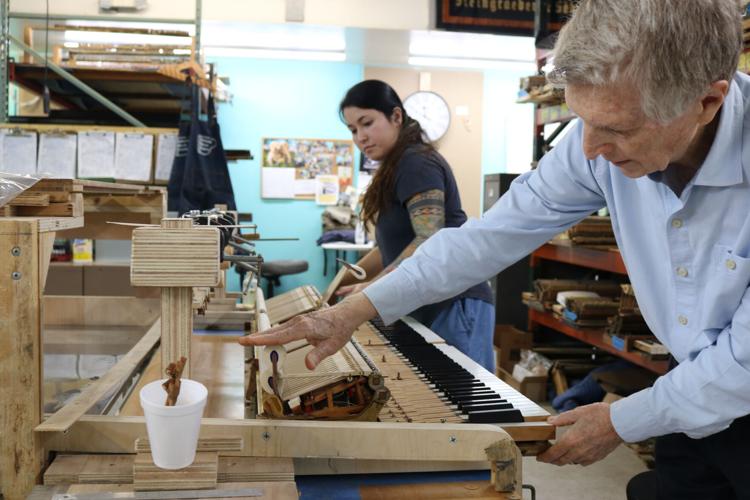 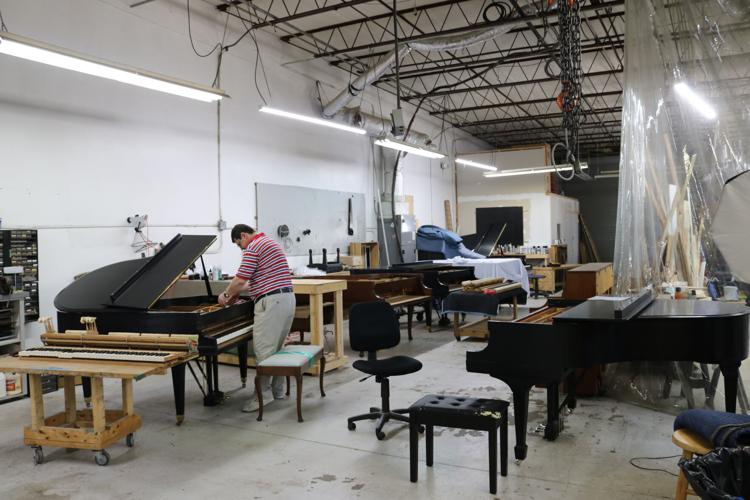 Sayaka Shinsei is one of several technicians who keeps customers' pianos in perfect working order.

A family’s passion for music led to the operation of what is billed as the largest piano dealership in Florida.

Atlantic Music Center at 150 East Drive in Melbourne attracts people from across the U.S. and the world to select pianos from the large selection inside the 12,000-square-foot facility with an average of 175 new and used pianos in the showrooms at all times.

Company president Brian Gatchell, an expert on all things piano, is a master pianist who founded the business in Melbourne in 1990. For 11 years, he offered a seasonal concert series and brought well-known musical artists to the area.

In 2018, he moved to the East Drive location giving more space to refurbish pianos.

“In March of 2023, we will have been in business for 33 years here. I originally started the business with sales of pianos, string instruments (violins, cellos, etc.) and print music,” Gatchell said. “In 2002, one of my sons, Allen, took over the string and sheet music business. He has Atlantic Strings located on New Haven Avenue, across from the Melbourne Square Mall. Allen’s is said to operate the largest string dealership in the U.S. with a store also in Orlando.

The family’s fascination with music also includes Gatchell’s wife, Jamie, who is a jazz performer and has started her own jazz trumpet shop called Jamie’s Trumpet Gallery, a couple of doors down from Atlantic Music Center in the same building. Jamie is a representative for Inderbinen in Switzerland and the Taylor company of England.

“Atlantic Music Center is focused on pianos,” Gatchell said. “We represent many of the best pianos in the world, including Yamaha, Bosendorfer, Schimmel, Mason & Hamlin. We are also the largest rebuilder of pianos in the Southeast United States and specialize in rebuilding great American pianos such as Steinway, Baldwin, and Mason & Hamlin. We have a staff of 10 employees and several other prominent piano technicians that work with us part time.”

Stoney Copelin works with Atlantic Music Center as a piano technician and tuner. He has become a master piano tech and has worked in the industry for 40 years. He started in high school. “It’s a passion of mine,” he said.

Sayaka Shinsei has been with Atlantic Music Center for 1½ years as a technician. She also plays the trumpet. She holds a degree from New World School of the Arts in Miami.

Iuliia Kryvossheia is a tech that has been with the company for two years. “She makes the pianos sound and look beautiful,” Gatchell said. “She’s really good at it.”

“With the typical acoustic piano having 12,500 parts, it is integral that we have amazing technicians to tune, service and restore them,” Gatchell said.

Gatchell said his display rooms and restoration facility has customers that come from all over Florida and he sells and ships pianos across the country. He recently was shipping pianos to Scotland and to the Cayman Islands.

Locally, he said a majority of his customers live in Viera or Vero. “Our customers range from parents looking to get their child a piano to professionals who enjoy playing piano. We have a rent-to-own program with the option to return the piano at any time, which makes parents feel at ease.” The pianos in his showroom are $1,000 and up.

“Many of my clients are surgeons who play the piano basically because it is soothing, releases stress and it is also great for keeping fine motor skills well tuned.” Gatchell said.

Gatchell, who has a master's degree in piano performance, was a Baldwin piano artist from 1975 to 1992 performing throughout the U.S. He was also a professor of piano at Heidelberg University in Ohio and a distributor for some of the best European piano makers from 1998 to 2018.

“I’ve spent a great deal of time in European countries, including Germany, France, England and Poland at piano makers manufacturing facilities,” he said.

Gatchell prides himself in owning one of the only Bosendorfer 225 Kessler Grand Bohemian pianos ever made, which has 92 keys instead of the usual 88 keys. The extras are the base (black) keys.

The design for the piano was inspired by Richard Kessler, a hotelier and art collector. The piano features a music stand sculpted to look like a majestic peacock with feathers unfurled. Some areas of the piano, like the frame, are gilded with 22-carat gold. It has a bronze cast base and is very heavy (419 kilograms), and is worth $490,000. “This is the most expensive piano that I have,” he said. “There were only two ever made, one for Kessler and one for me.”