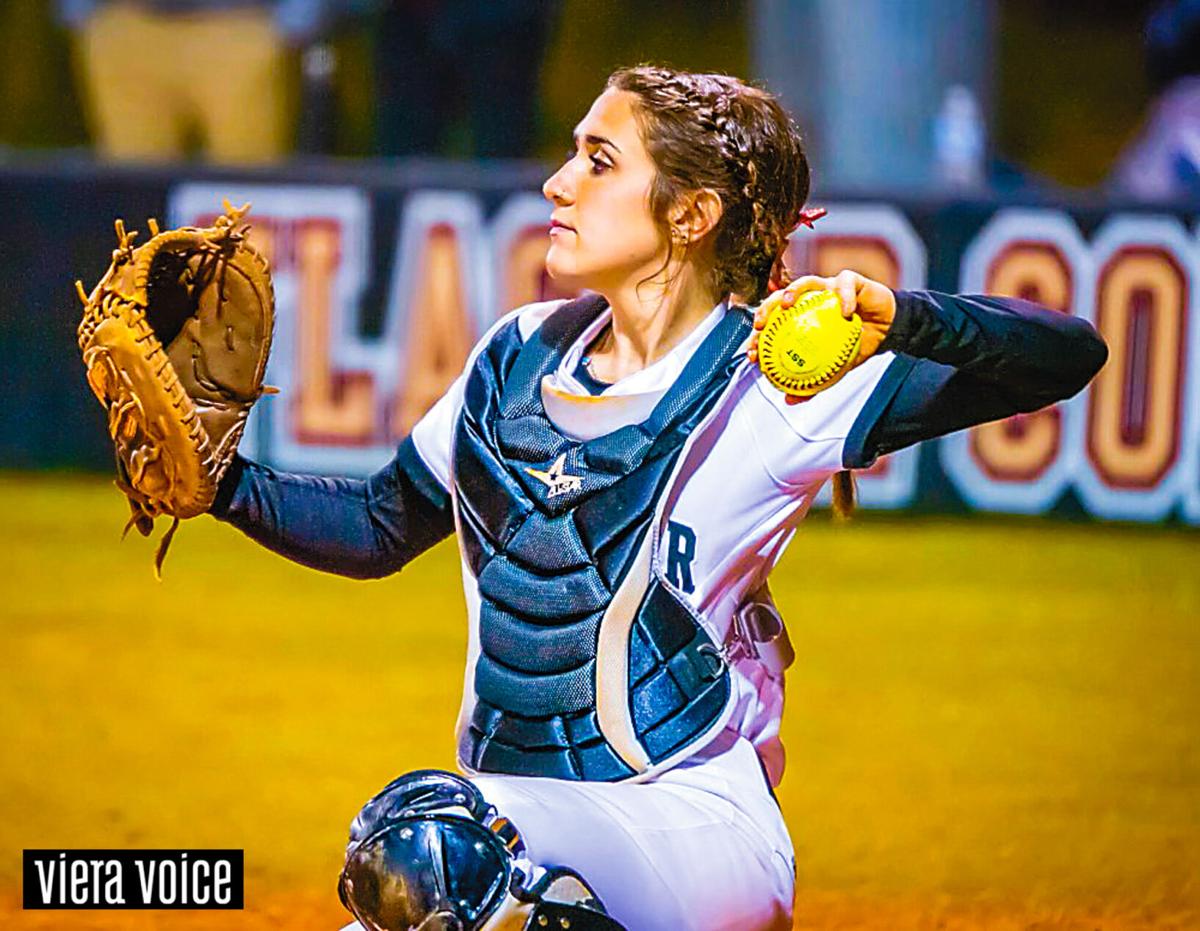 After starring at Rockledge High School, Jackie Mijuskovic went on to play softball at Flagler College. 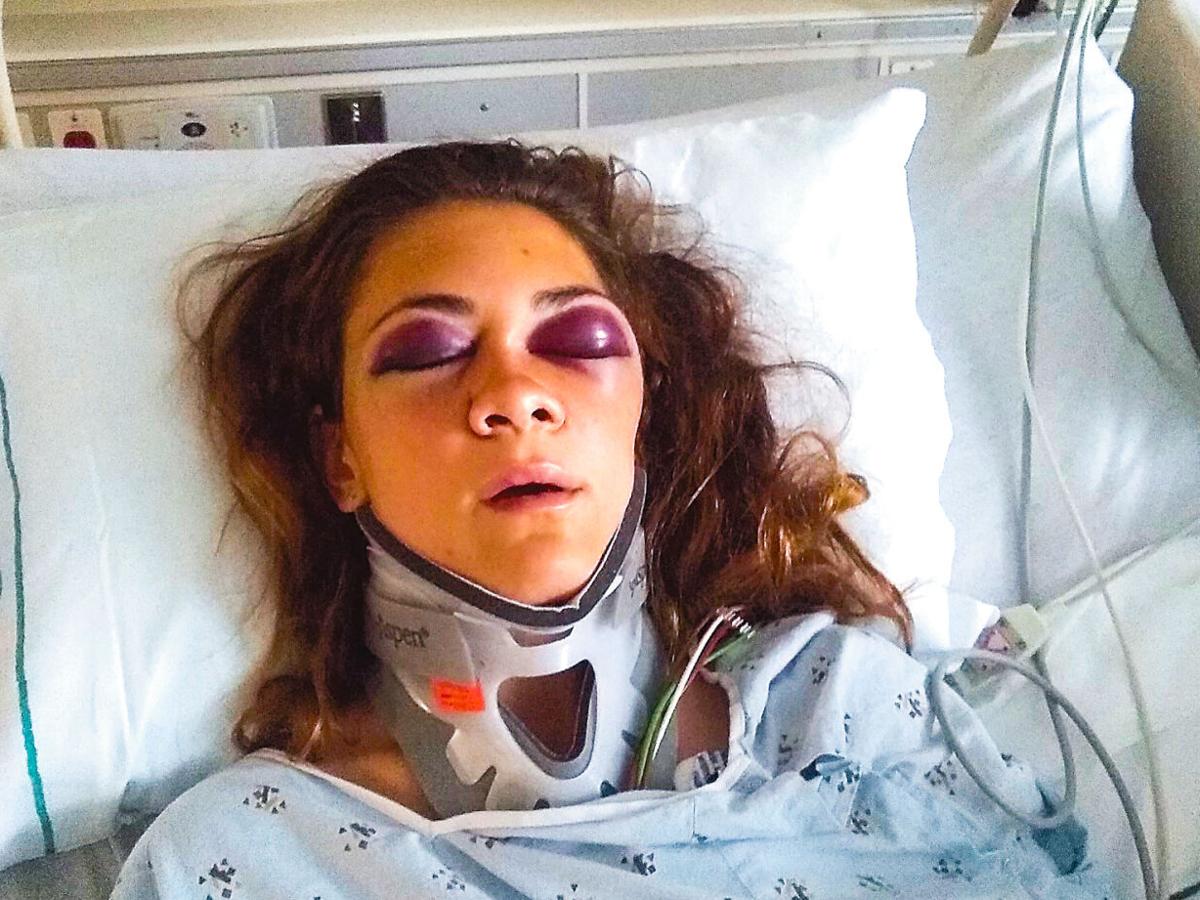 After colliding with her Flagler College first baseman while chasing a foul ball, catcher Jackie Mijuskovic thought she simply had a broken nose.

After starring at Rockledge High School, Jackie Mijuskovic went on to play softball at Flagler College.

After colliding with her Flagler College first baseman while chasing a foul ball, catcher Jackie Mijuskovic thought she simply had a broken nose.

Jackie Mijuskovic has always been one to look forward in her life … and what a life she has to live.

The former Rockledge High School softball standout catcher, who survived a catastrophic, freak-accident injury while diving for a foul ball during her junior year at Flagler College is doing something she loves: Teaching.

And not just in the classroom.

The 23-year-old, who is a co-teacher in language arts at Gamble Rogers Middle School in St. Augustine, is now a part-time assistant coach at Flagler.

“It’s been really rewarding, honestly,” Mijuskovic said. “I feel lucky to be able to go back to the place where I learned so much about myself as a person and be able to at least try to give that back to the girls that are there now.”

Mijuskovic certainly has quite a story to tell.

On April 7, 2019, the Saints were playing at UNC Pembroke when a foul ball was hit between first base and home plate near the Flagler dugout. Mijuskovic’s coach called for her to make the play. She dived for the ball just as her first baseman — who was also calling for the ball — arrived and accidentally drove her knee into Mijuskovic’s nose.

“I never lost consciousness,” Mijuskovic said. “I walked off the field. I was making jokes. Once the adrenaline wore off, I was definitely feeling it. But for the better part of two hours, I thought I just broke my nose.”

Mijuskovic went to a local hospital where a CT scan not only revealed a broken nose, but more than 10 bones throughout her orbital region had been shattered. She also had a fractured skull and her brain was bleeding with cerebrospinal fluid coming from her nose.

She was airlifted to the Carolina Medical Center where she underwent surgery.

“Honestly, I feel like I leaned on my faith a lot during that time,” Mijuskovic said.  There were a lot of things going on that pushed me toward my faith, luckily, rather than pulled me away from it.

“I have a lot of people … I still have a lot of people from that time … that rallied around me and supported me. Honestly, I saw it as, ‘OK, here’s what happened. This is the way it is. I can either wallow in it and it can suck, or I can do my best to make the best out of this situation and come out stronger.’”

As it turned out, Mijuskovic did not sustain any long-term effect. She was working out again in 2½  months. Her facial bruises were gone in six months. That fall, she was back for her senior year. Her playing days were over, but she was at peace with that.

She loves being a teacher and now she gets to stay close to the sport she still loves.

“That’s why I’m so grateful for the opportunity to coach now,” Mijuskovic said. “As much as I’m glad I had a cool, badass way to end my softball (career) … it was nice for me to be able to now have that more positive association with the game.

“I do miss it, and I think my parents think I go out there and that’s all I’m thinking about, ‘Man, I wish that was me.’ But for me, I feel like that chapter’s closed. Now, it’s about giving to that next group coming in, whether it be in the classroom or on the field, just giving back in all the ways I’ve been lucky enough to get help and guidance as a younger athlete and person.”

Sylvia Mijuskovic, who is the principal at Pinecrest Academy, said her daughter has always been a fighter.

“Born six weeks early in an emergency delivery, I call her my miracle child,” Sylvia Mijuskovic wrote in a text message. “She was a fighter then and she’s always been able to overcome challenges through perseverance and her faith.”

There’s no question the injury had an impact on her life, but from the looks of it, Jackie Mijuskovic has emerged a better, stronger person.

“I definitely feel like it made me grow up a lot in ways I didn’t really realize I needed to grow up,” Jackie Mijuskovic said. “All in all, I’m grateful for all of it, the whole experience because it definitely made me a better, more well-rounded person.”

“Once you go through something like that, whether it’s just by proxy or experiencing it yourself, I feel like you kind of view life differently. Being able to have a new outlook without any physical impairments or mental impairments, I feel super, super, super lucky.”