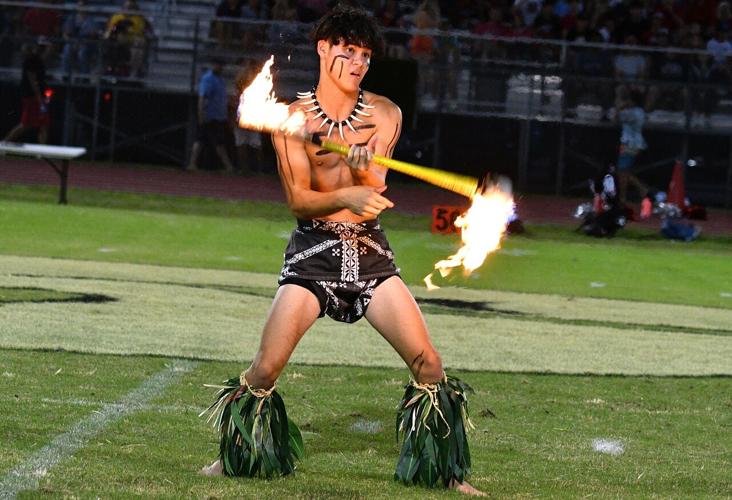 Viera High School sophomore Luke "Kepa" Agcaoili has been training and performing the Samoan Siva Afi/Fire Knife routine since he was 7 years old. 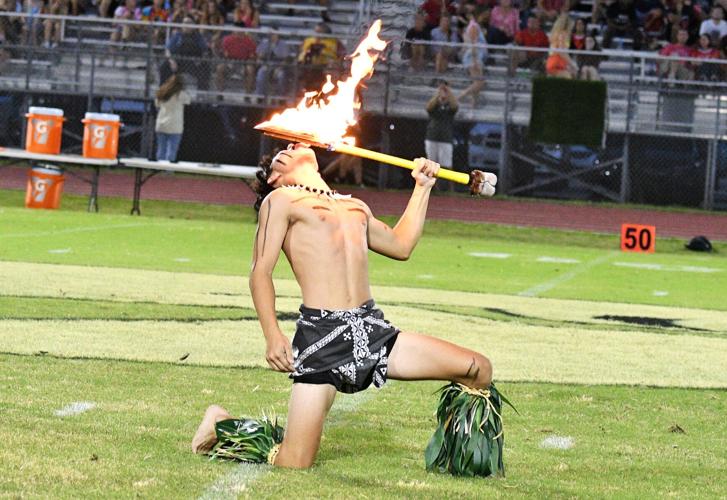 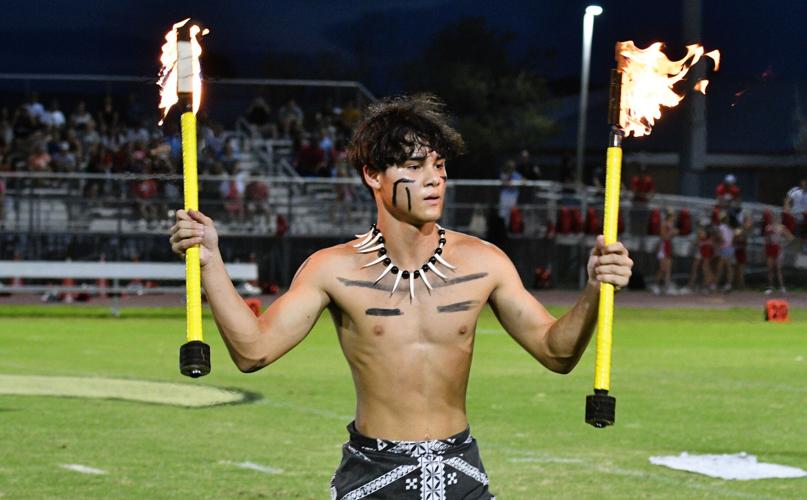 Viera High School sophomore Luke "Kepa" Agcaoili has been training and performing the Samoan Siva Afi/Fire Knife routine since he was 7 years old.

The 15-year-old Viera High School sophomore has been training and performing the Samoan Siva Afi/Fire Knife routine since he was 7 years old.

He’s performed at weddings, birthday parties and, just last month, he brought his routine to the football field at Hawk Stadium, where he performed in front of his classmates during halftime of Viera’s game against Satellite.

“I just like the thrill and seeing everybody’s reactions,” Agcaoili said. “It’s fun to learn new moves and see how I can improve.”

The Fire Knife Dance can be described as a traditional display of the Samoan warrior’s battle prowess and features twirling, throwing, catching and dancing. The blade is 12 inches long and the whole Fire Knife measures 3 feet.

Greg Agcaoili, Kepa’s father, said he wanted his son to stay connected with the family’s heritage after moving to Florida in 2005 after spending 12 years in Hawaii.

“He’s had two teachers before, one of them (Tuione Tovo) went to Cirque du Soleil and he travels the world. He was second in the world in a competition. He was really good for (Kepa) and coached him in two competitions.

“But since he left, (Kepa) has been having to teach himself and practice on his own. He’s actually progressing well and doing well with that.”

Agcaoili began training with the Brevard Hawaiian Dancers group along with his older sister, Emma, who does hula and Tahitian dancing.

Both siblings are also active in sports at Viera. Kepa is a wrestler who just missed going to the state tournament at 115 pounds last year and is planning on moving into the 126-pound class as a sophomore. Emma is a senior point guard on the girls basketball team.

After beginning his training, Agcaoili said it was roughly three months before he started working with fire and about a full year before he became comfortable with it.

Obviously, the flame is the biggest challenge to master.

“You can learn a move without doing it on fire, but trying it the first time with fire is different,” Agcaoili said.

Agcaoili’s halftime performance certainly seemed to go over well with the crowd, especially when he switched to two knives. There was a move he thought about trying in front of his classmates, but ultimately decided against it.

“There’s one move where I try to throw it up and then do a 360, turn around and catch it again,” he said. “I was thinking about doing it on the football stage, but I’ve never done it with fire yet.”

November will be a big one for Agcaoili as he takes part in The Toa Afi Competition in Orlando. It will be the fourth event Agcaoili has competed in with a second and third-place performance being his best finishes so far.

Many of the competitors he will face are from Hawaii or Samoa and his father, Greg, believes Kepa is the only high school student from Brevard County taking part.

“It’s kind of like a brotherhood,” Greg Agcaoili said. “Everyone’s really friendly with each other. They all try to support each other … from the competitors up the judges, they’re all really good people.”

Though he plans to go to college, Agcaoili would ultimately like to follow in the footsteps of his former teacher and work with Cirque du Soleil.

In the meantime, you never know when he might perform at halftime again.

“Pretty nerve-wracking,” he said of last month’s routine. “But it was a lot of fun.”