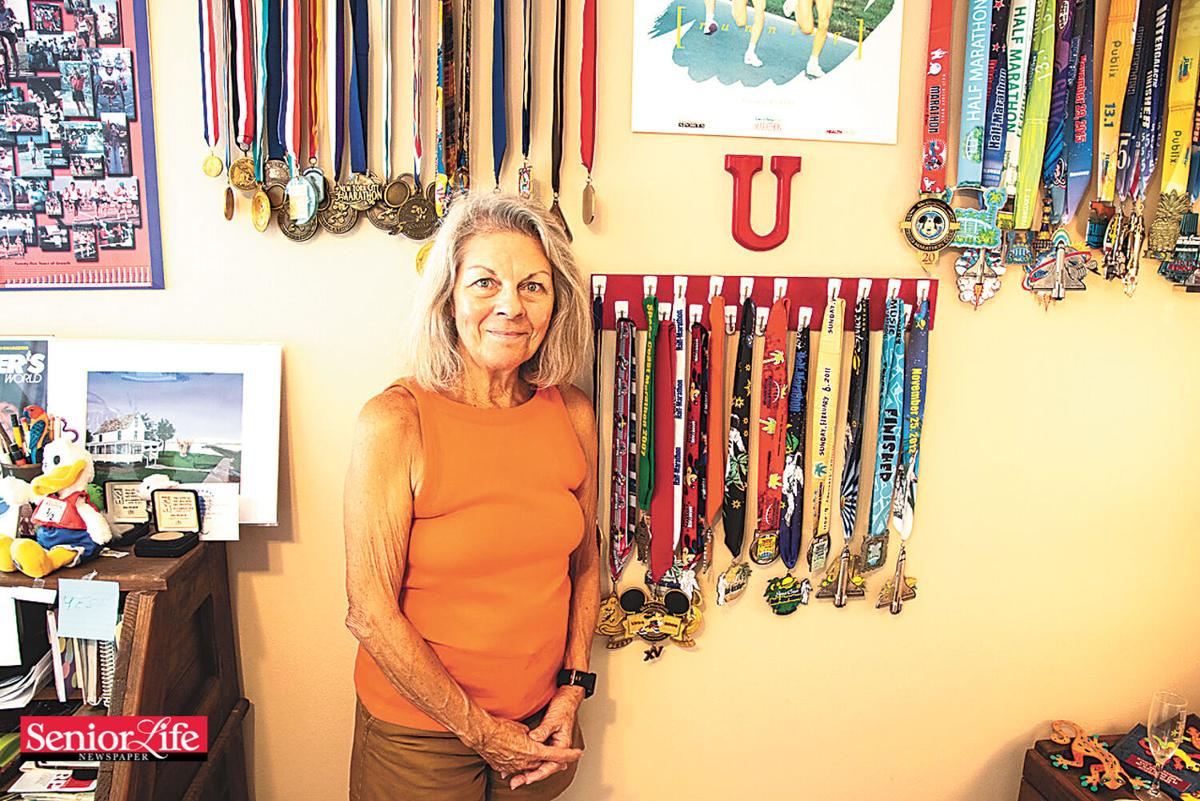 Jackie Kellner is proud of her medals for running. 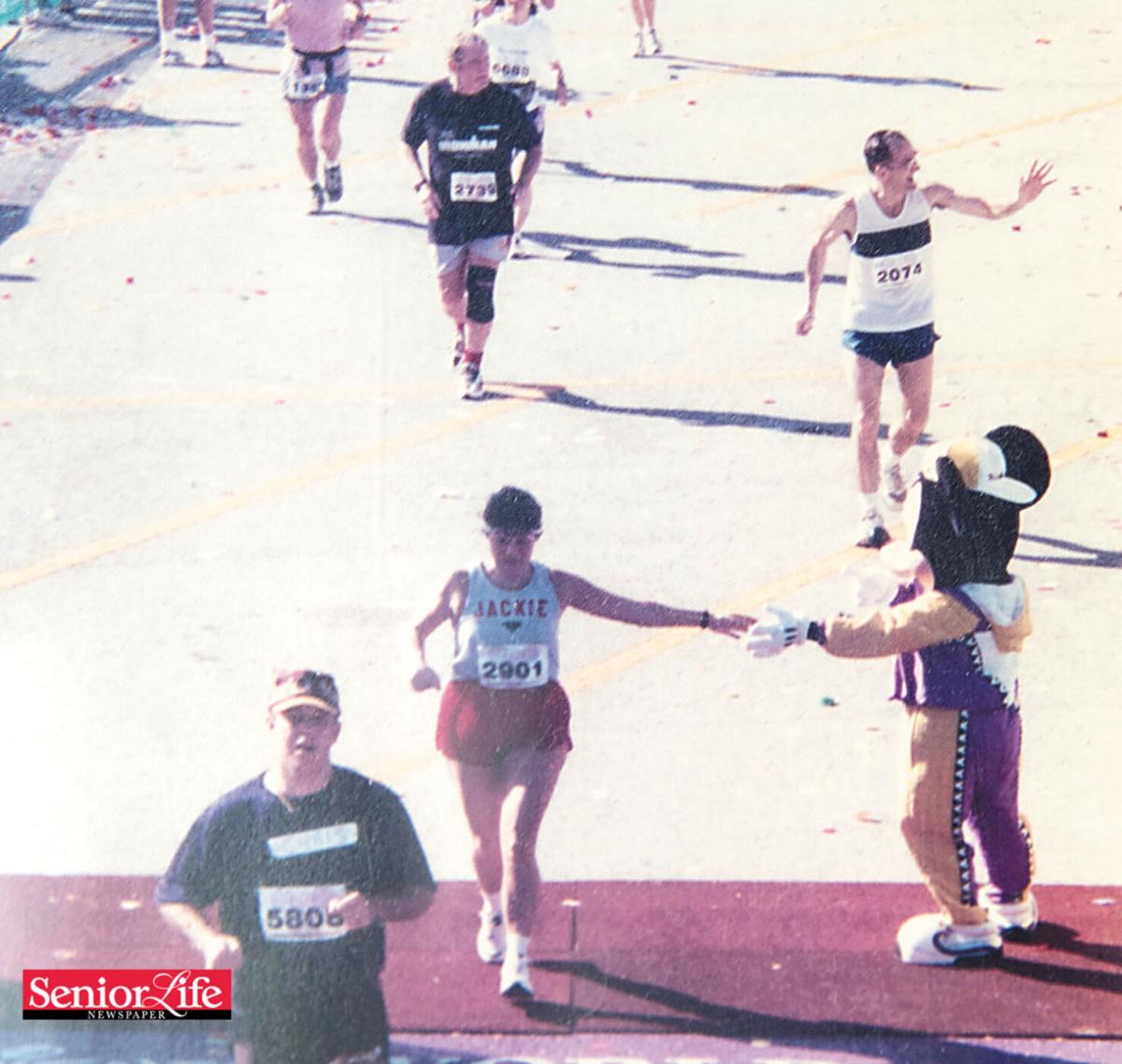 Jackie Kellner is greeted by Mickey Mouse at the finish line of the Disney Marathon.

Jackie Kellner is proud of her medals for running.

Jackie Kellner is greeted by Mickey Mouse at the finish line of the Disney Marathon.

Jackie Kellner of Melbourne is a runner. At 72 years old, she runs six days a week. But she considers that slacking off from her previous routine. Kellner is a marathon runner. At the peak of her running career, she ran 18 marathons between 1984 and 2016.

Her last marathon was the big

“The Boston Marathon was never on my bucket list,” she said. It was only after running a fast qualifying time in the Space Coast Marathon of 4 hours, 36 minutes and 10 seconds, that she set a goal for Boston. She ran well in Boston in 2016, competitive in her age group, and decided that would be her last.

The training for Boston was torturous: 26 weeks of conditioning and running leading up to the event. Through all of that, and the marathon itself, she never hit what runners call the wall, the point where you feel you just can’t go any farther.

“I never went through anything like that,” she says. “There was a little soreness the next day. I rarely got a blister. I would get up and go to work the next day.”

What compelled her to devote over 30 years to the marathon world?

“I started because I had a little bit of a weight issue. Running and training helped with that. I never ran track in high school.”

She started a gluten-free diet, lost 33 pounds and took 45 minutes off her marathon time.

For 2017-2018, she was named the Runner Of The Year for women in her age group by the Space Coast Runners Club.

At her home, she has a spare bedroom devoted to her running career. Ribbons, racing bibs, medals, plaques, all from over 30 years of competitive marathon running. She is meticulous at saving memorabilia from all those years of running, and even has kept a running log of every training run and racing event going back to 1983.

The log formed the basis for her book “A Boston Marathon Journey,” which was published in 2019 and is available on Amazon. It’s a journey through her life as a marathon runner, from her first marathon to her last in Boston.

“Marathons made me a stronger person, more secure, and gave me confidence to get myself together. It’s an accomplishment nobody can ever take away from you.”

She is no longer running competitively, but has another passion. She and her husband are “Parrotheads’’ and have attended 50 Jimmy Buffett concerts all over the country.

Kellner never does anything halfway.