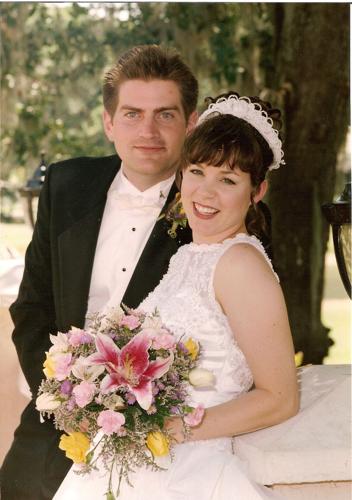 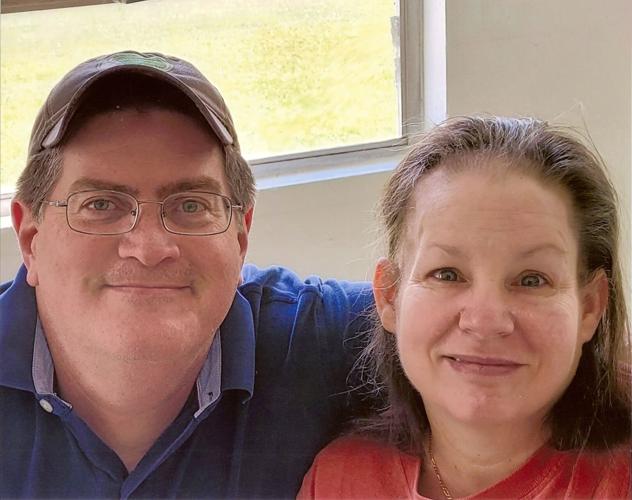 Les Boatright has always been there for Amy Boatright during her 22-year ordeal with brain cancer.

Les Boatright has always been there for Amy Boatright during her 22-year ordeal with brain cancer.

It takes the love and devotion of a husband to care for a once vibrant young woman, known for her sense of humor and beautiful singing voice.

As a 27-year-old newlywed in 2000, Amy Boatright was diagnosed with glioblastoma multiforme, an aggressive brain cancer.

With surgery, radiation treatments and lots of prayer, she beat the cancer and went on to have two children. But the effects of those treatments have caught up with her.

“She recovered from the craniotomy and, after a few months, had no real restrictions on activities,” her husband Les Boatright said. “But the aggressiveness of this type of cancer colored the way we lived our lives. I wasn’t sure how much time we’d have together.”

About five years post surgery, the couple began to feel confident the ordeal was behind them and they could get on with buying a home and starting a family.

“She was a walking-talking answer to the prayers of many,” Boatright said.

A daughter arrived in 2009 and another in 2010 but, soon after, signs began to appear that Amy was not herself.

“I attributed that to fatigue from caring for two small children or depression because her mother had died,” Boatright said. “Specialists and remedies did not help. The symptoms of depression, or what we thought was depression only became worse. Amy just came home and went to bed.”

With his wife’s neurological health deteriorating, he began to wonder about long-term effects of the radiation. In 2020, the Mayo Clinic did an evaluation.

“The areas of Amy’s brain exposed to radiation are where most loss of brain matter has occurred,” he said. “Her frontal lobes have greatly deteriorated or withered away. She has severe cognitive impairment.”

In addition to being a full-time parent, at-home worker, housekeeper, bill payer, chief cook and bottle washer, Boatright is his wife’s primary caregiver.

However, the help of St. Francis Reflections Hospice Care in Titusville has proven invaluable.

“They come three times weekly for hygiene visits and once a week or as needed to check vital signs, medications and eating trends,” he said. “They have been patient, understanding and compassionate. I don’t know where I’d be without their experience and support.”

St. Francis Reflections Lifestage Care is at 1250-B Grumman Place in Titusville.