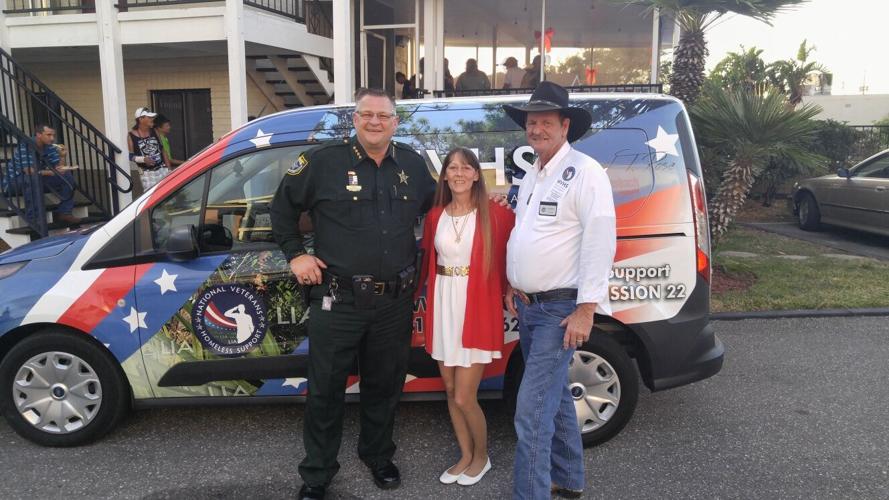 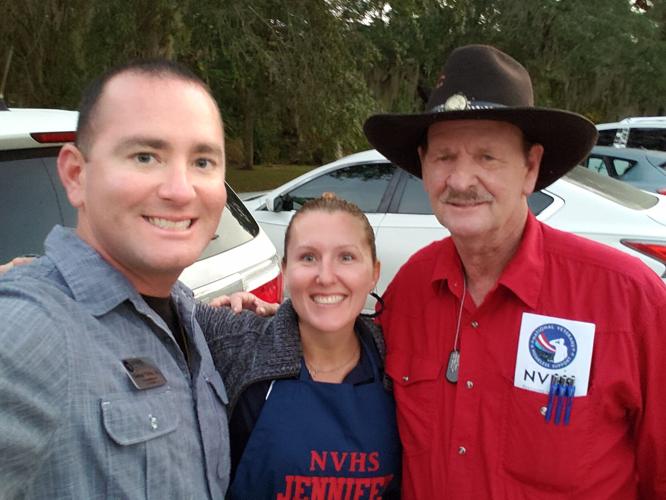 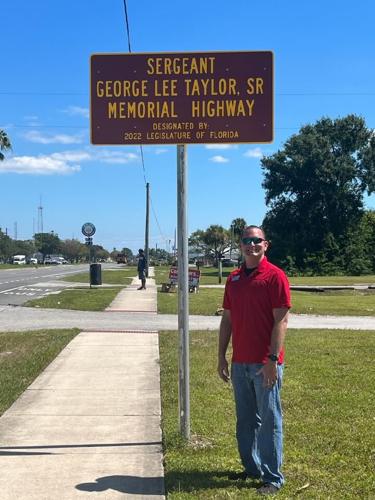 George Taylor Jr. is president and chairman of NVHS, which is headquartered off the Sgt. George Lee Taylor Sr. Memorial Highway.

George Taylor Jr. is president and chairman of NVHS, which is headquartered off the Sgt. George Lee Taylor Sr. Memorial Highway.

Two miles of West King Street in Cocoa was renamed Sgt. George Lee Taylor, Sr. Memorial Highway to honor a once homeless Vietnam veteran who then worked tirelessly to get fellow homeless veterans into shelter.

“He’s credited with reducing the number of homeless vets in Brevard County alone by 90 percent,” said his son, George Taylor Jr. of Satellite Beach. He was elected president and board chairman of the National Veterans’ Homeless Support that his father formed in 2008, headquartered on the road with his father’s name. State Route 520 between Clearlake Road and Fiske Boulevard has also been adopted for cleanup by the NVHS, the younger Taylor said. “It’s impressive that two years after dad died, he still left a big enough impression to be memorialized this way.”

George Taylor Sr., known for his signature black cowboy hat, died of a heart attack in May 2020, and the State Senate this year approved the designation approved by the governor effective July 1.

Dana Blickley, the Brevard County Property Appraiser, said that working with Taylor for a decade to help the homeless has changed her life.

“George Taylor was the face of veteran advocacy in Brevard County. I’ve been with him in the woods trying to find vets, done fundraising, been at awareness raising events, and now I’m the resource coordinator. I’m a disciple to do whatever the organization needs,” she said.

The State Legislature, which had long recognized George Taylor’s advocacy for veterans, made recognition permanent with the highway renaming.

“People like the late George Taylor Sr. represent the very best of our country,” State Rep. Tyler I. Sirois said. “George’s work will be an example to future generations about the importance of supporting those who defend our freedom.”

State Sen. Debbie Mayfield said that renaming a portion of SR 520 was one small way to honor Taylor’s achievements.

George Taylor Sr was a problem solver and a visionary,” Mayfield said. “He saw a need in our community and decided to take action. The organization George Taylor Sr. formed in 2008, National Veterans Homeless Support, mission was to ensure that every veteran received the benefits they earned and deserved; including a place to live.”

Taylor Jr. said his father was a member of the 173rd Airborne Brigade during the Vietnam War, earning a Purple Heart, Bronze Star and Combat Infantry Badge.

“Thirty years ago, he battled acute PTSD (post-traumatic stress syndrome) at the Miami Veterans Administration for several months and was homeless. Once on his feet, he used his voice to help his colleagues.”

The younger Taylor said military service is a family trait. He is assigned to Air Force helicopter maintenance with the 920th Squadron at Patrick Air Force Base. Taylor’s wife Jennifer is NVHS chief operations manager and his father’s widow Jan is the housing coordinator.

The NVHS does street outreach for unsheltered veterans and referral and direct support for vets at risk of becoming homeless. At Thanksgiving and Christmas, veterans are provided warm-full-safe events. Four locations around the county provide temporary beds for 17 veterans with individualized plans for life skills, employment and veteran claims. The organization also provides PTSD awareness, and lobbies elected officials to improve veteran services.

NVHS is participating in the Florida Department of Transportation’s Adopt- A-highway program and has adopted the two-mile section of the Sgt. George Lee Taylor Sr. Memorial Highway. Adopt-A-Highway volunteers do periodic litter removal to maintain designated sections of roadways.