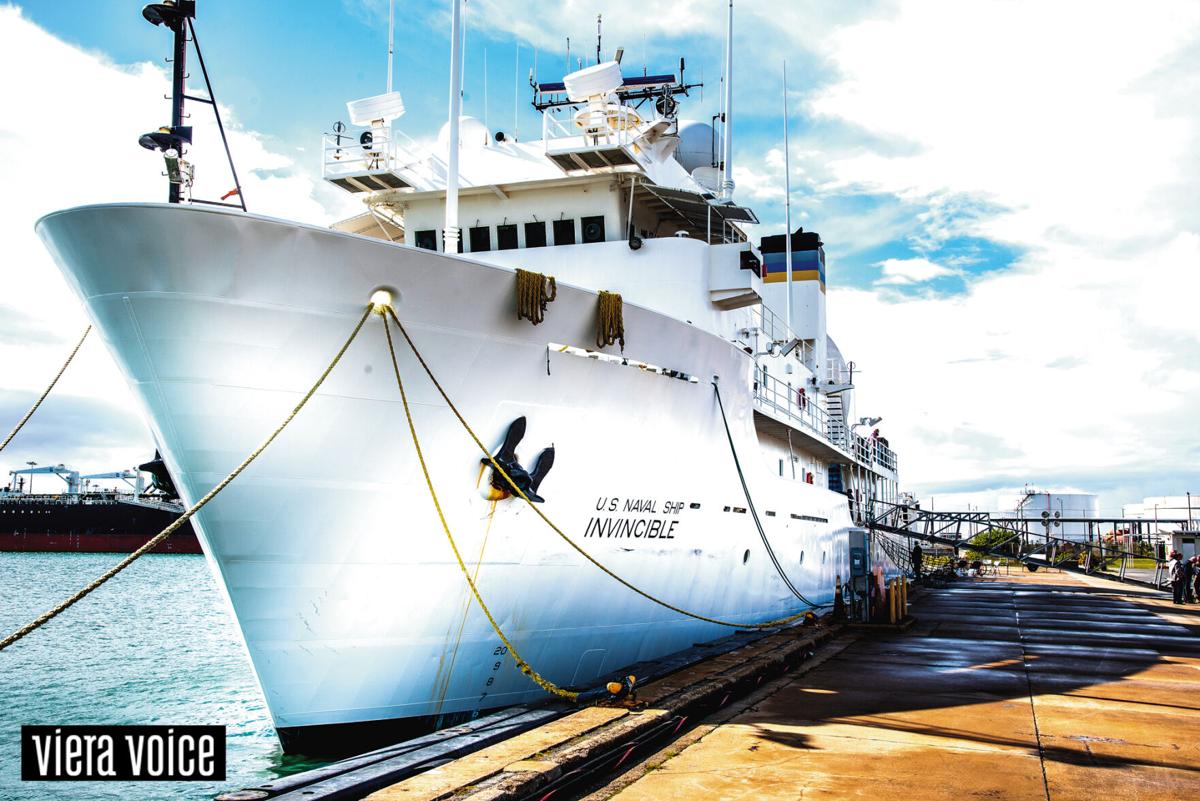 The recently inactivated USNS Invincible could become a training ship. 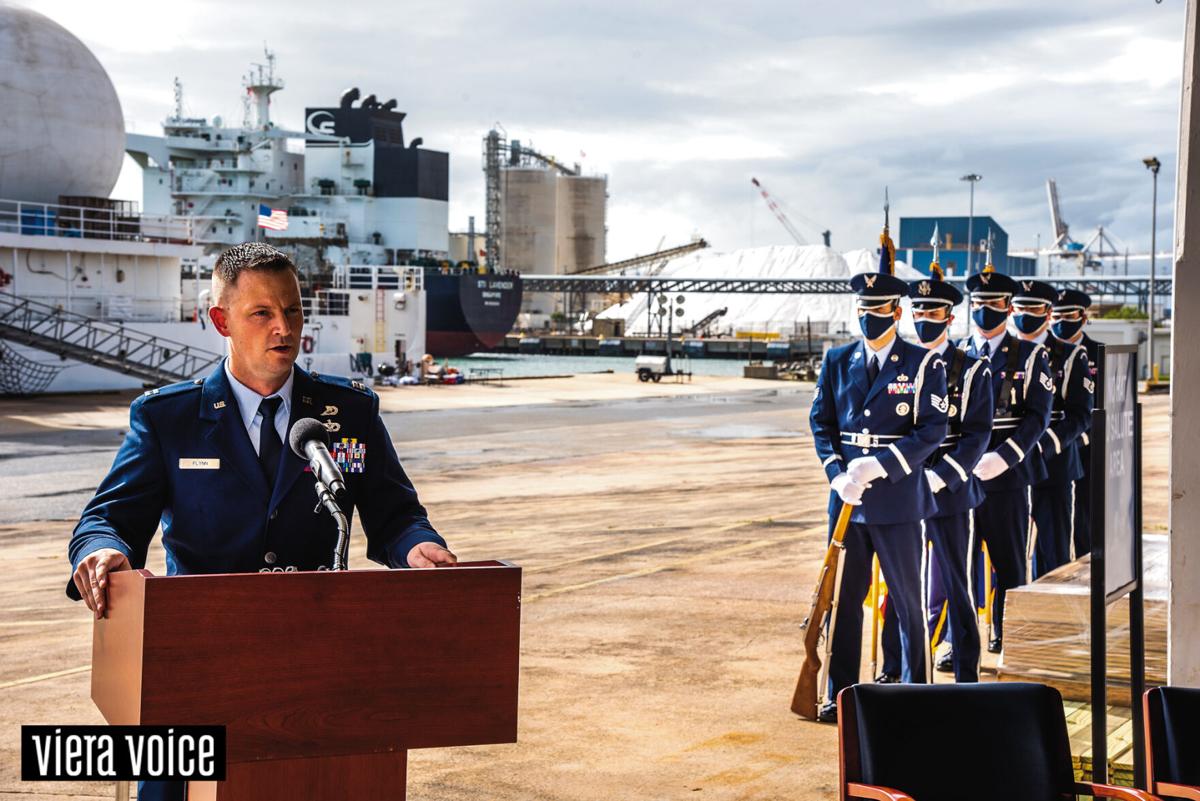 Air Force Capt. Patrick Flynn speaks to visitors gathered at Cape Canaveral Space Force Station for the inactivation ceremony for the USNS Invincible. The Patrick Space Force Base Color Guard is at right.

The recently inactivated USNS Invincible could become a training ship.

Air Force Capt. Patrick Flynn speaks to visitors gathered at Cape Canaveral Space Force Station for the inactivation ceremony for the USNS Invincible. The Patrick Space Force Base Color Guard is at right.

A tracking ship that once patrolled the oceans searching for submarines, then was refitted to detect missiles in the Middle East, was retired recently at Cape Canaveral Space Force Station.

The 224-foot-long USNS Invincible, one of two tracking ships operated by Military Sealift Command, and the thousands of mariners who served aboard the ship during its 35-year career were honored during an inactivation ceremony at the U.S. Army Transportation Wharf on the north side of Port Canaveral.

Spy ship retired at Port Canaveral after 35 years of service

“We have the opportunity to reflect on Invincible’s accomplishments and all that the ship and crews have done in the years to contribute to the security of our nation,” said Christopher Thayer, the director of maritime operations for Military Sealift Command, an organization that operates mainly civilian-manned logistics and transport ships for the U.S. Navy. “I like to call her the little ship that could.”

Built for the Navy by Tacoma Ship Building Co., launched in 1986 during the Cold War and put into service in 1987, the white-hulled Invincible first looked for Soviet subs in the North Atlantic and Norwegian Sea, using its sonar array.

After being inactivated in 1995 following the collapse of the Soviet Union and mothballed for three years, the spy ship was modified in 2000 with a large radar dome for Gray Star, a dual-band radar developed by the U.S. Air Force.

Deployed to Middle Eastern waters, the Invincible and its crew of about 40 military technicians and civilian mariners and contractors searched the skies for missile activity. Its information was relayed to the Air Force Technical Applications Center, which monitors nuclear treaty compliance around the world. AFTAC is headquartered at Patrick Space Force Base.

“She went from undersea to space,” Thayer said of the ship, which was permanently forward-deployed and had no home port.

Thayer noted that the Invincible might have a third career as a training vessel for future mariners. Its radar system will be repurposed by the Air Force Research Labratory.

Air Force Capt. Richard Gayson, who served aboard Invincible as mission commander from September 2020 to February 2021, said he was grateful to see the ship again but had “mixed feelings” about its retirement.

“It’s been a great mission,” Gayson said. “It’s something that we still need to find out how we can fill that gap in multiple other ways. But for the ship going down the way it is, let’s move on to another life once again. It will be a great opportunity to continue to train people to support these types of missions.”