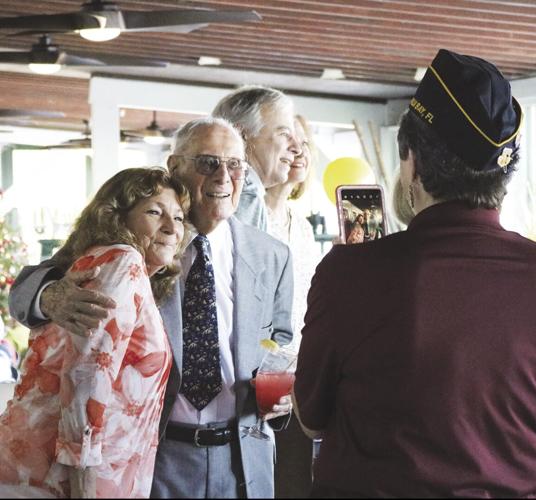 Cafe to celebrate his 100th birthday. 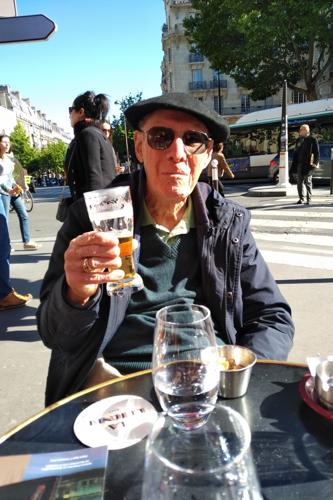 A toast was in order as Irwin Brown raised his glass while at a cafe in Paris in 2019.

Cafe to celebrate his 100th birthday.

A toast was in order as Irwin Brown raised his glass while at a cafe in Paris in 2019.

Irwin Brown has met one of two major goals.

“He wanted to live to be 100 and he wants to see a woman in the White House,” Brown’s daughter, Carole Brown said.

On Dec.13, Brown became a centenarian. He may have to wait a bit longer to see a female president of the United States.

Two dozen of his friends and family gathered at the Yellow Dog Café in Malabar to celebrate with Brown. Among the well-wishers was Mayor Hal Rose of West Melbourne, where Brown has resided since the mid-1990s. He lost his beloved Marjorie in 2018, just three months shy of their 74th anniversary, but he still lives in his condo, with the help of caregivers.

Brown’s life began in Fulton, New York. He met Marjorie at Oswego State Teachers’ College and married in 1944, two years after Brown enlisted in the Army to train as an engineer officer and rifle marksman.

Brown can’t understand why there are Nazi sympathizers and Holocaust deniers.

“I can’t imagine how anyone can deny it,” he said.

At war’s end, he was among the soldiers at Buchenwald Concentration Camp and saw first-hand the condition of the prisoners and the horrible reality of the gas chambers.

Patriot has become a favorite word for individuals who are anything but. Brown, on the other hand, is truly a patriot, for he fought for his country — and world liberation — in the European Theatre of Operations, including the Battle of the Bulge, and was part of the second invasion at Omaha Beach.

“He held one of his friends as he died during the Battle of the Bulge,” Carole Brown said.

Brown’s name is recorded in the National World War II Memorial’s Registry of Remembrance, along with the name of his brother, E. Bruce Brown, a B-24 bomber pilot shot down not long before the war ended.

When the fighting was done, Brown, like his fellow comrades in arms, returned home and got to work. Both Irwin and Marjorie were lifetime educators in upstate New York until their retirement. For years, the couple wandered around the United States and Canada in their 30-foot Airstream, which could be found wintering at Port O’ Call Park across from the Melbourne Orlando International Airport. They later would spend winters in West Melbourne’s Greenwood Village before moving there permanently in 2011.

Brown still plays golf as often as he can.

When asked what the greatest moment in his long life has been, Brown doesn’t hesitate.

“Marrying my wife was the most blessed thing,” he said.

Carole Brown, a justice in Canada’s Superior Court, is grateful her dad instilled in her the ancient Greek concept of a healthy mind in a healthy body.

“He was always physically active, snowshoeing, water skiing, playing golf, hunting and fishing and he always had a book in his hand,” she said.