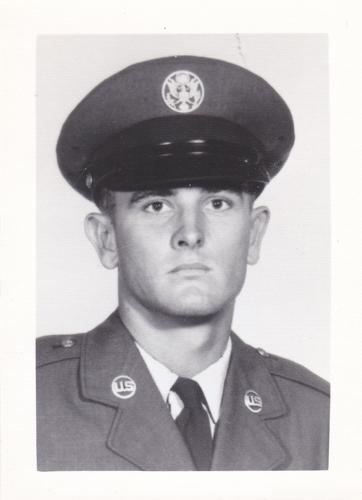 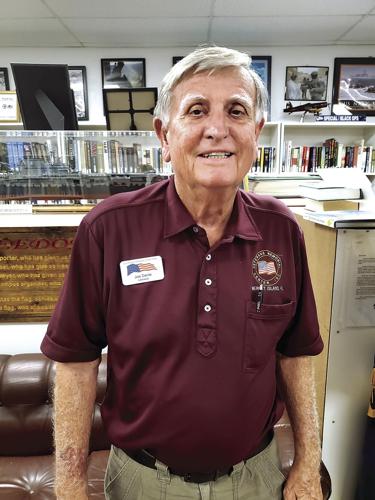 Joe Davie is that perfect combination of technological savvy and a caring heart — an amalgam that endears him to his fellow volunteers at the Brevard Veterans Memorial Center.

“Joe always is cordial, compassionate and patient when interacting with our local heroes,” said Paul Julian, who serves on the VMC board of directors and works with Davie in the Veterans’ History Project, a compilation of the life stories of local veterans.

The histories Davie and Julian record through interviews with veterans are posted on YouTube and submitted to the Library of Congress. Each of the 50 plus veterans the two have interviewed also received a DVD of the interview to share with family. For family members, these DVDs often serve as a revelation of the sacrifices their loved ones made.

In addition to being caring and empathetic, Davie has an impressive background in technology, making him a most important volunteer at the VMC.

“He is the only person in our VMC team having the technical expertise to produce the final media which meets the Library of Congress’ guidelines,” Julian added.

Davie joined the VMC volunteer corps five years ago. In addition to his work with the History Project, he is the organization’s librarian, tasked with keeping tabs on more than 4,500 volumes on U.S. military history and overseeing a dozen volunteers.

Davie’s own story begins in Virginia, but quickly shifts to Florida after his family moved to Miami when he was two years old.

“I consider myself a Floridian,” he said.

High school in Jupiter was followed by enlistment in the Air Force in 1965. Davie was fortunate that although he enlisted during the buildup of the Vietnam War, his deployments were to Japan and Korea. His interest in electronics landed him duties with missile guidance.

By 1968, he was out of the service, but despite the short length of military career, he feels a particular kinship with veterans.

“I feel I have a lot in common with them,” said the Rockledge resident.

Davie enrolled at the University of Vermont to earn his bachelor’s degree, thanks to the G.I. Bill. Working part-time in electronics helped to pay for his apartment in Burlington.

Living next door was Beth, who was to become his wife and mother of his two children.

Throughout a varied career that included everything from managing an auto parts store to being the go-to techie for Brevard Community College’s Palm Bay and Cocoa campuses, Davie kept sight of the perfect job.

“My dream was to go work for NASA,” he said.

The dream came true when he was hired to provide IT services for one of the subcontractors at the Kennedy Space Center. After 11 years in that position, he retired, but rapidly connected with the Veterans Memorial Center.

He spends two full days per week at the VMC library, recently joined the Center’s board of directors and is part of the Brevard Veterans Council, which supports the welfare of local veterans and their families.

At the VMC, he has forged a reputation for caring.

“I have not met a more professional, hard-working and dedicated person than Joe,” Julian said.