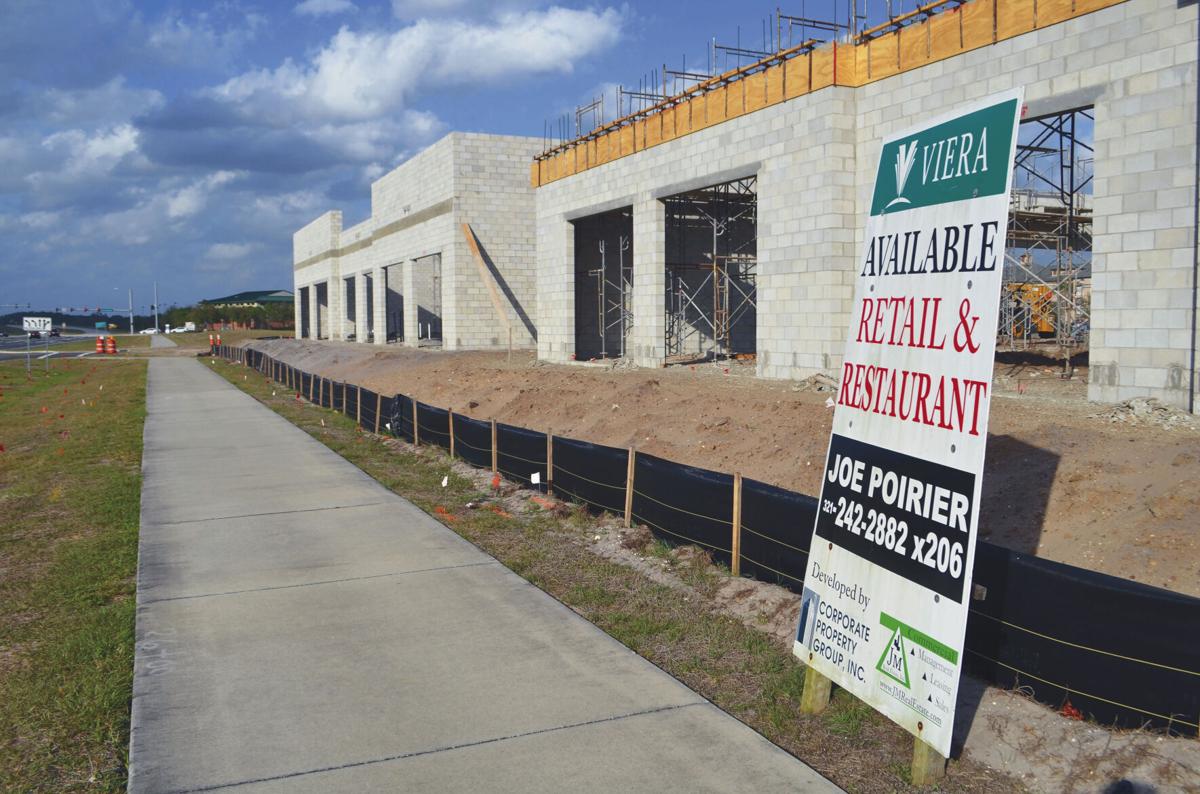 Construction is under way on Viera Colonnade Shops on Lake Andrew Drive, just north of Ethan Allen and The Avenue Viera.

Construction is under way on Viera Colonnade Shops on Lake Andrew Drive, just north of Ethan Allen and The Avenue Viera. | RENDERING BY ELEVEN18 ARCHITECTURE

Work has started on the first phase of the Viera Colonnade Shops just north of The Avenue Viera, and tenants already have been found for more than half of its available retail space.

Mattress 1 One, Charlie Graingers, Tropical Smoothie and Great Clips are among the businesses set to move into the 28,000-square-foot complex in Viera’s thriving commercial corridor along Lake Andrew Drive.

"It certainly is a strong growth area out there," said Joe Poirier, senior broker/associate with JM Real Estate, which is leasing space at the complex.  "There’s good demand."

The buildings will be close to Lake Andrew Drive for enhanced visibility with parking for 228 vehicles in the rear, Poirer said. The rear access road will connect with The Avenue Viera and all retail shops and restaurants to the south.

Three buildings will have space for outdoor patios, according to site plans. "It’s going be a real nice addition," Poirier said.

Tenants are a mix of retail shops and restaurants. So far, tenants that already have signed leases are:

Charlie Graingers, a Wilmington, N.C.-based restaurant franchise offering more than a dozen styles of hot dogs, as well as Carolina-style beef brisket and barbecue, housemade sandwiches and brisket baked beans. Charlie Graingers has more than 450 franchise commitments in seven states. The location will be the second in Brevard County, with the first restaurant preparing for its grand opening sometime in April at Brevard Medical City in Suntree. The Suntree location at 6555 N. Wickham Rd., Building D-101, will be 2,192 square feet with seating for 58 customers

Great Clips, a Minneapolis-based hair salon franchise with more than 3,700 locations in the U.S. and Canada, including salons in Melbourne, Rockledge, West Melbourne and Cocoa Beach.

Mattress 1 One, a quality mattress retailer that carries all major brands, including Tempurpedic, Sealy, Serta, Stearns & Foster, and Simmons. Matress 1 One has almost 300 locations in Texas, Georgia and Florida, including five in Brevard County at Suntree Square Shopping Center and in Melbourne, Merritt Island, Port St. John and Palm Bay.

Tropical Smoothie Café, the nation's largest smoothie cafe and fast-casual restaurant concept, with more than 540 locations nationwide. The Viera location would be the franchise’s 11th café in Brevard.

An unnamed dental office also will open at the plaza, Poirier said. Retail and office space should be ready for tenants to build out by June or July, he added.

Franchise owners Spencer and Karey Carlton Yarborough of Suntree are excited to be opening their second Charlie Graingers restaurant at the complex.

"It took us so long to secure a spot because of the growth here," said Carlton Yarborough, who noted that the couple secured the 1,800-square foot Viera location before the Suntree site.

If the restaurant space is ready for delivery in June, the Viera Charlie Graingers should be open around September, said Carlton Yarborough, who is also a real estate agent with Re/Max Absolute Service Team at 8255 N. Wickham Rd., Suite 101.

The owners are considering expanding the lunchtime restaurant’s hours to attract the dinner crowd, she said. "Definitely in Viera you’ve got a lot of activity in the evening, especially with that rec center — we’re going to be so close to that — and Little League," she said.

The new restaurant has no freezers, so everything is served fresh, including its nitrate- and sulfite-free hot dogs, Carlton Yarborough said. There’s no frying, either."

She hopes to continue her real estate career despite her increased workload as she and her husband operate the restaurants.

"We’re going to be working this so hard that I might be able to and I might not," she said. "But we love the concept so much. We’re not going to be those absentee franchise owners."