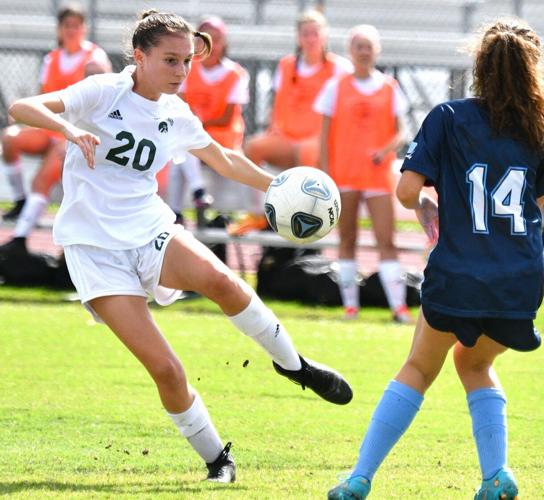 Viera High freshman defender Cathryn Orr stepped right into the starting lineup and has been drawing rave reviews for her play early in the season. 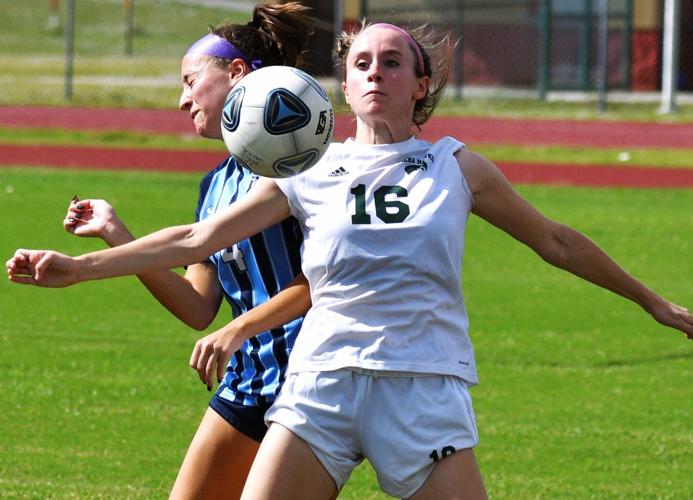 Viera High senior Taylor George (No. 16) is one of the top goal scorers on a Hawks team looking to get back to the state semifinals for the third time in the past four seasons.

Viera High freshman defender Cathryn Orr stepped right into the starting lineup and has been drawing rave reviews for her play early in the season.

Viera High senior Taylor George (No. 16) is one of the top goal scorers on a Hawks team looking to get back to the state semifinals for the third time in the past four seasons.

The Viera Hawks made it to the girls soccer state semifinals last season … and they’ve been waiting to get another shot at it ever since.

“Since the last game of last season, I’ve been waiting for high school season to come around again,” senior midfielder Toni Burwell said. “I’ve been having a blast already and I know we’re just going to keep that up.

“I really do love this team and I really do think we’re going to do good stuff. I’m excited.”

The Hawks, who were off to a 2-0 start in 2022, are not only trying to match the talent they had last season, but also the connection they all had on and off the field. They truly feel the team chemistry they had was a big reason they were so successful.

“I think team bonding is one of the most important things in a team,” senior forward Kaley Vitaliano said. “If you aren’t close to your team, if you don’t have that bond, you’re not going to do well on the field.”

As this year’s team captains, it’s up to Burwell, Vitaliano and senior forward Taylor George to help keep the Hawks together, and between morning yoga, team breakfasts and a few other team bonding events, the Hawks certainly seem to be on the same page early on.

“They all look like they’re all settling in to start the season,” coach Cal Dixon said.

Though Viera graduated six players from last season, the Hawks have been able to reload with some younger players moving into bigger roles and a pair of new faces already proving they can make a big difference.

Sophomore Kendall Mix is the new keeper and with junior Jayden Vargas there to back her up, the Hawks have talent and depth in the net.

Returners Makenzie Ellison and Sophie Boss lead a defense that also includes junior Natalya Espling and freshman Cathryn Orr, who is already drawing praise from Dixon for her quality of play.

Sophomore transfer Sadie Van Tassel could have a big impact in the midfield playing alongside Toni Burwell and junior Gianna Buysee, while up front the Hawks feature Vitaliano, George, and junior Brienna McCain.

Among the first subs off the bench are sophomore Meghan Nadle and senior Adi Burwell in the midfield along with sophomore Allison Teschendorf at left back.

“What we had last year was good team bonding and good camaraderie,” Dixon said. “That’s what we want to try to achieve again this year. If we can get that, then we can be as good as we were last year, hopefully.”

While the Hawks are certainly motivated to make another run at a state title, there’s also one other thing Vitaliano would like to see regardless of how far Viera goes this postseason.