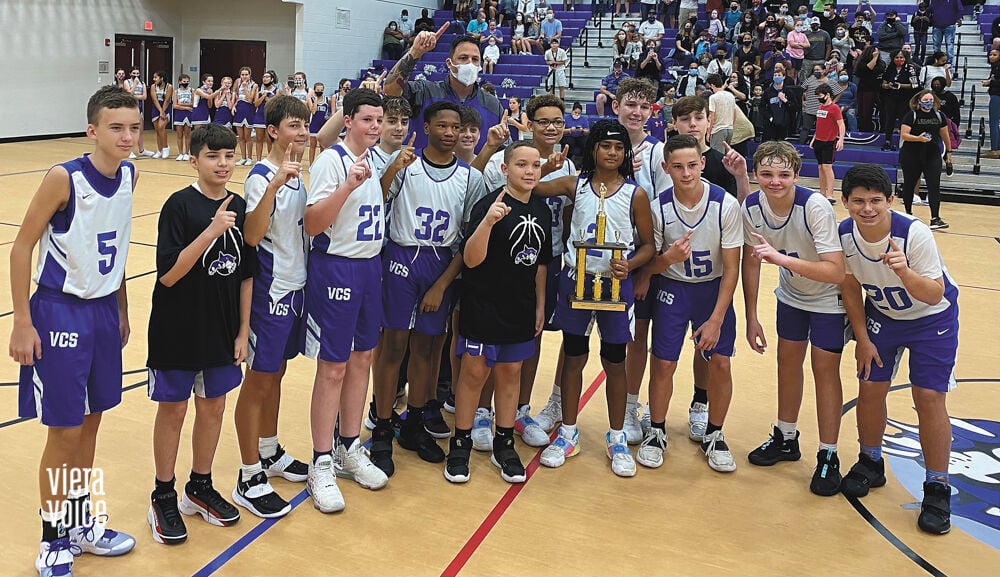 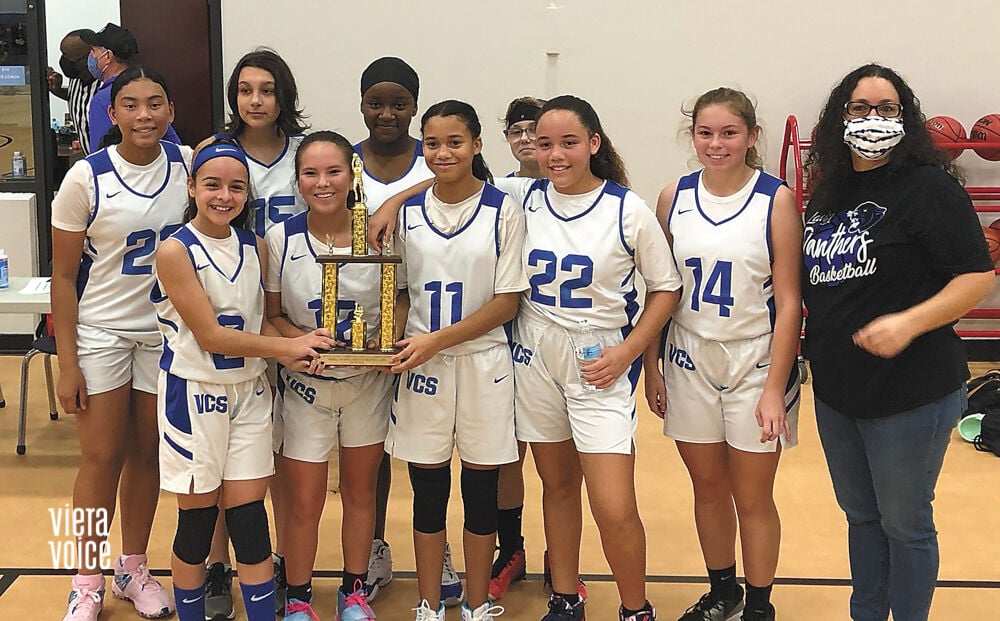 The victories were great, but so was the redemption.

“They were very motivated (to win it this year),” said boys coach Cpl. Colin Kearns, who also is the Panthers’ School Resource Officer.

“(Eighth-graders) Terrence Shannon and Michael Otero (are) our two main guards this year and our two leading scorers. . . . I know Terrence made a promise that they were going to win the championship this year. And knowing Michael, he was the same way. He wanted nothing more than to beat Holy Trinity for the championship.”

Otero scored 19 points, Shannon had 16, and eighth-grader Kyle Virsik had 10 for the Panthers in their 54-46 win against the two-time defending champs from Holy Trinity.

Defensively, eighth-graders Micah Ott and Ben VanGenecheten played a key role in the win for Viera Charter, helping the Panthers in the battle for rebounds and loose balls.

Viera Charter had lost to Holy Trinity earlier in the season, but this time around, the Panthers had a big surprise for the Tigers.

But that didn’t stop the Panthers from steamrolling everyone on the way to an unbeaten season.

“I have a good group of girls,” coach Gwyn O’Sullivan said. “They really play well together. They helped with executing our defense. I’m a big believer that defense wins ballgames, so we focused on trying to turn the ball over a lot. That gives us an opportunity to score in transition.”

“We had a strong team this year,” O’Sullivan said. “We were able to move the ball, make plays, make transitions and execute the way we needed to.”